This control will help users to visualize records within the view or sub-grid on map right on the same page. In the screenshot, all the Accounts entity records can be viewed on the map within the Staten Island. Users can also click on the pushpins to highlight them. 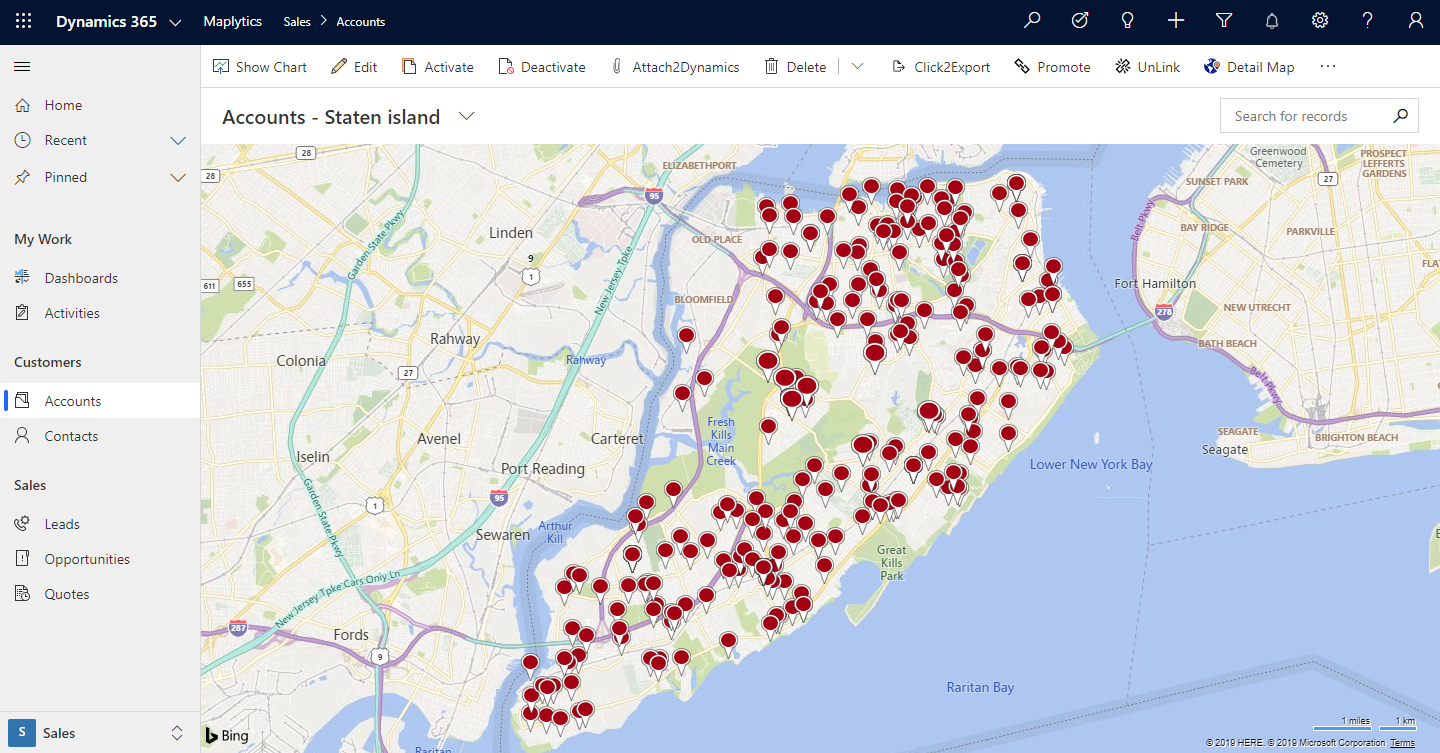 Users can further hover on the pushpins to view the information regarding the records. Users can also customize the details which should be shown on the hover of the records. To customize it, user can go to the entity map of the respective entity and add or remove information for the hover within the entity map. Users can also right-click on any pushpin to open the respective record.

This also gives the ability to highlight and perform various actions on the Highlighted records at once. Let’s understand this with a use case. Let’s say user needs to analyze the annual revenue earned by the customers they have within Staten island. Users can simply open the required view of the Accounts and will be able to visualize the records directly on the map right after the load as shown above. Further, the user can click on the Show Chart button from the Ribbon to open the Chart section. Users can select the chart for Accounts by Industry to visualize the chart for the different industries and the count of the respective Accounts as shown below.

This way users can drill down even more and get detailed analysis on the Accounts easily without switching to any other screen. Visit our blog to know more about the other pages.

Keep following this space for our upcoming posts for configuration steps for the PCF controls.

Any cookies that may not be particularly necessary for the website to function and is used specifically to collect user personal data via analytics, ads, other embedded contents are termed as non-necessary cookies. It is mandatory to procure user consent prior to running these cookies on your website.